I woke up today with the intention of making vegan soufflé pancakes, but fate had other ideas. 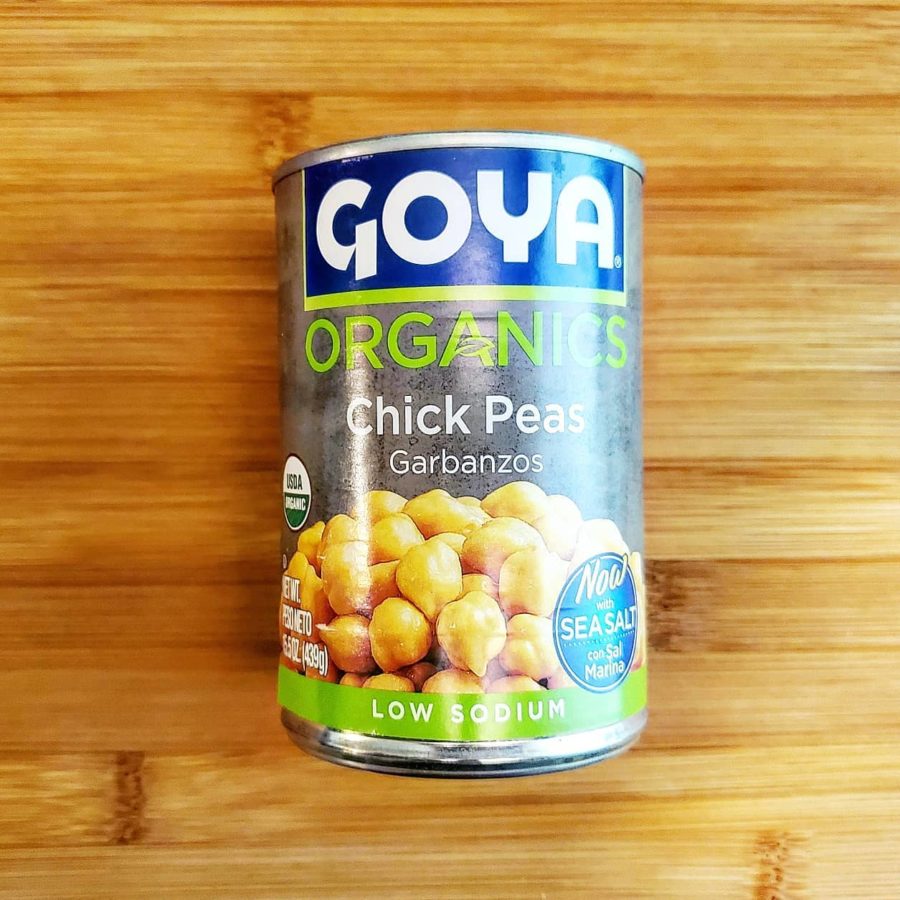 I had a can of chick peas that I needed to use up. “No salt added” would be preferable for this, but I figure low sodium with be all right. 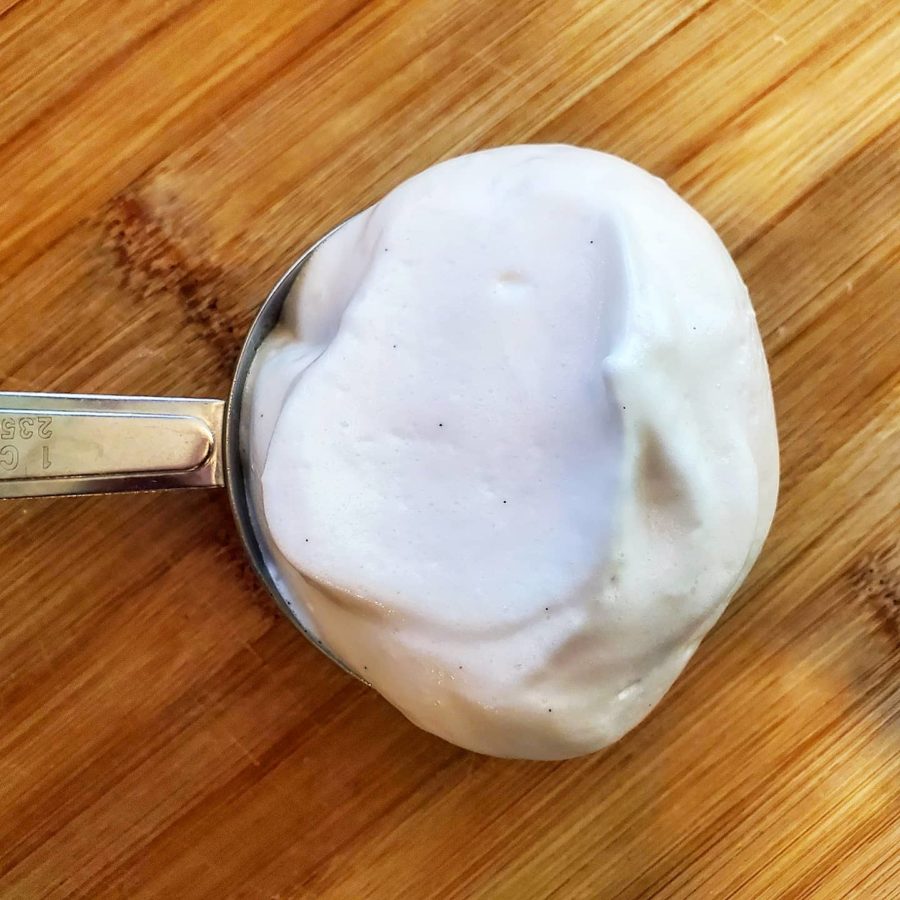 After whipping up some #aquafaba , I embarked on several unsuccessful attempts at those elusive fluffy pancakes clouds.

Not wanting to waste the batter, I thinned it out with almond milk and made vegan crepes! 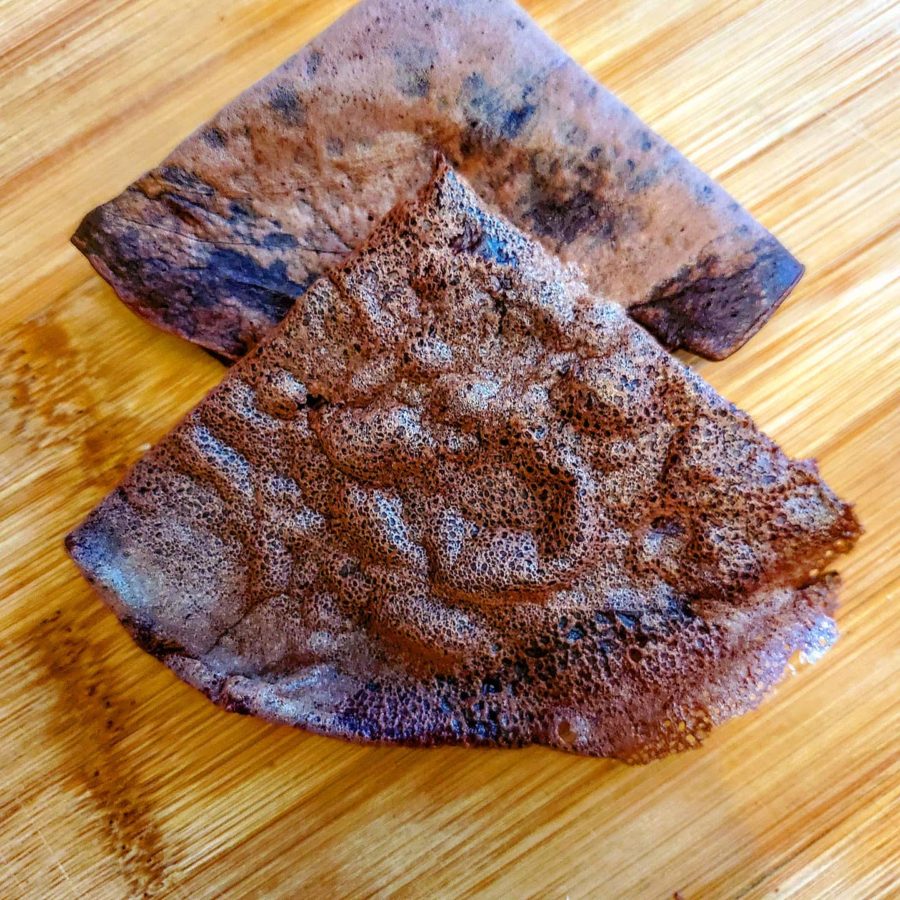 Look at those lacy edges! To use the chick peas, I wanted to candy them in maple syrup as a crunchy topper. They were dry roasted at 375˚ for 35 minutes, then tossed with some maple syrup and given a final roast for 15 minutes. 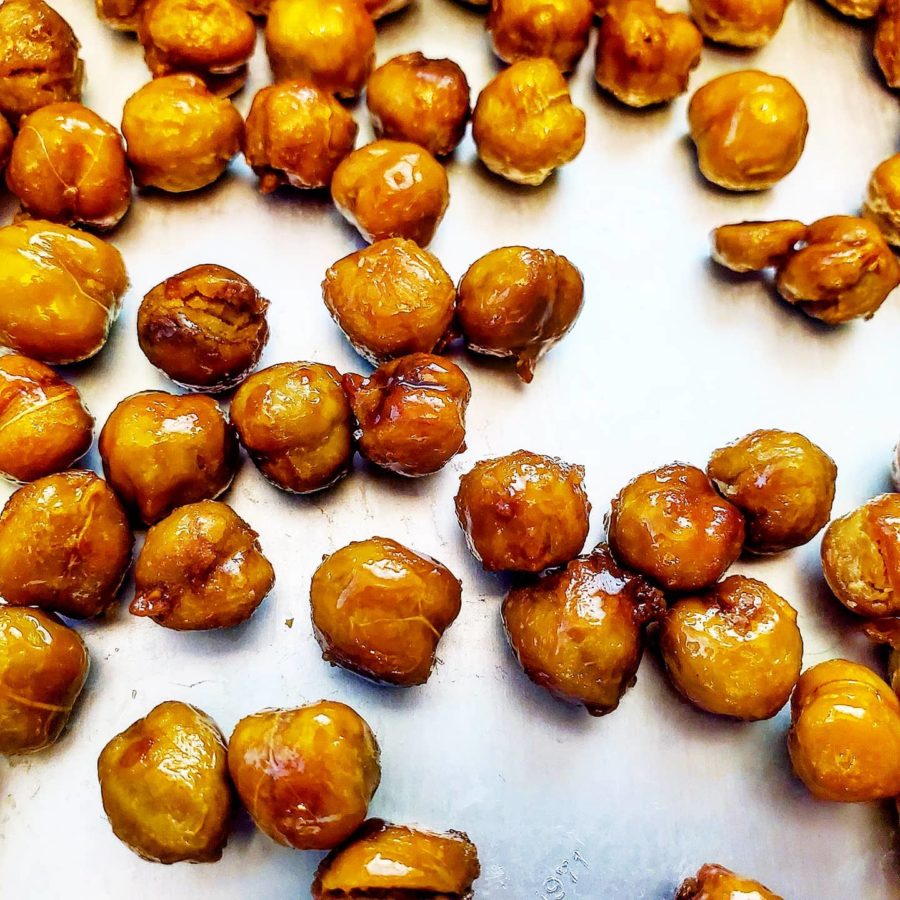 They turned out great, and they did not last long. I sprinkled them with Maldon sea salt, and what did not fit on top of my crepes, I enjoyed by the handful throughout the day. 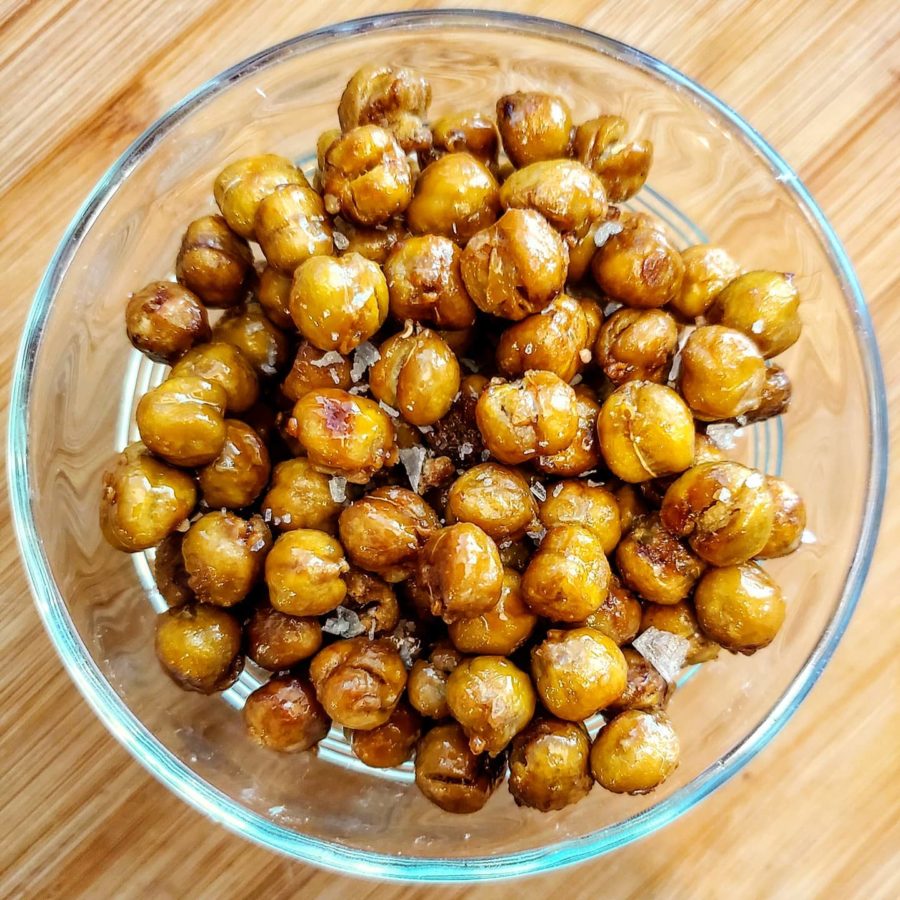