Not knowing they are one of my favorite fruits, Julie dropped off a large brown paper bag filled with this delicious treat.

“According to legend, the fruit of loquat trees would fall into the river where they would be consumed by carp. The fruit would give the carp the strength to swim up the waterfall where they would turn into dragons. Thus only Chinese royalty were allowed to eat loquats because they didn’t want commoners to gain the power imbued in the fruit.” Kathy Low of the Daily Republic 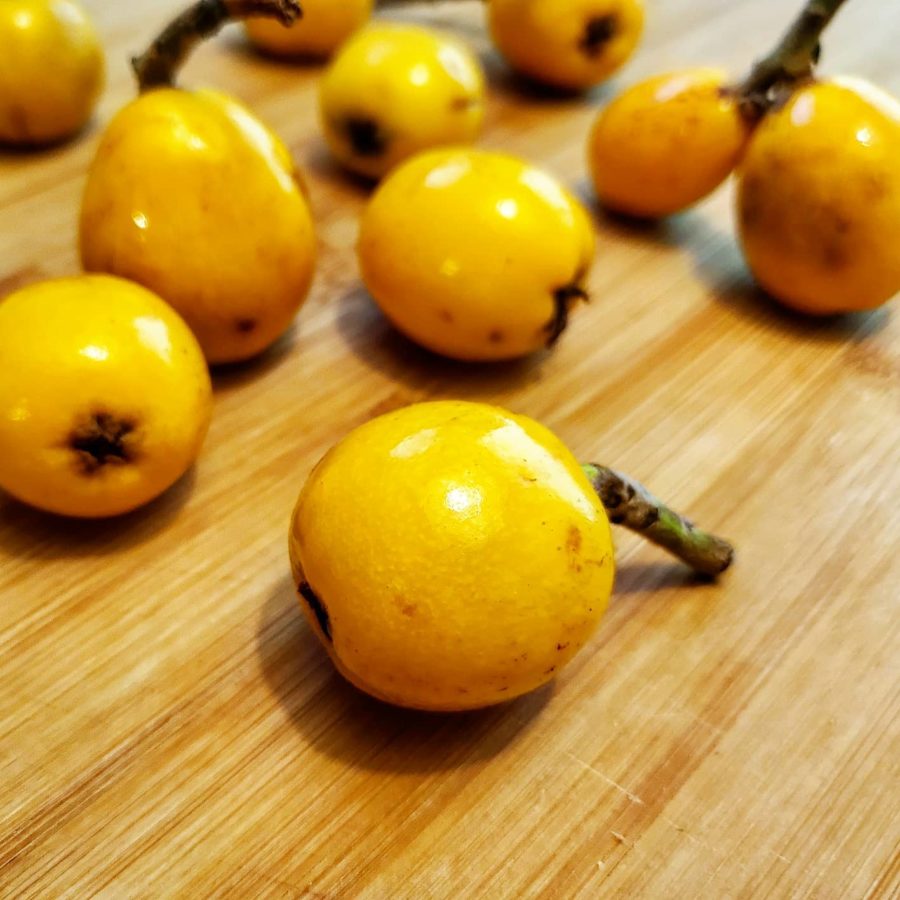 After consuming a dozen in one sitting, I wanted to treat this super seasonal and succulent bounty in a way that was simple, flavorful, and worthy of their golden status. 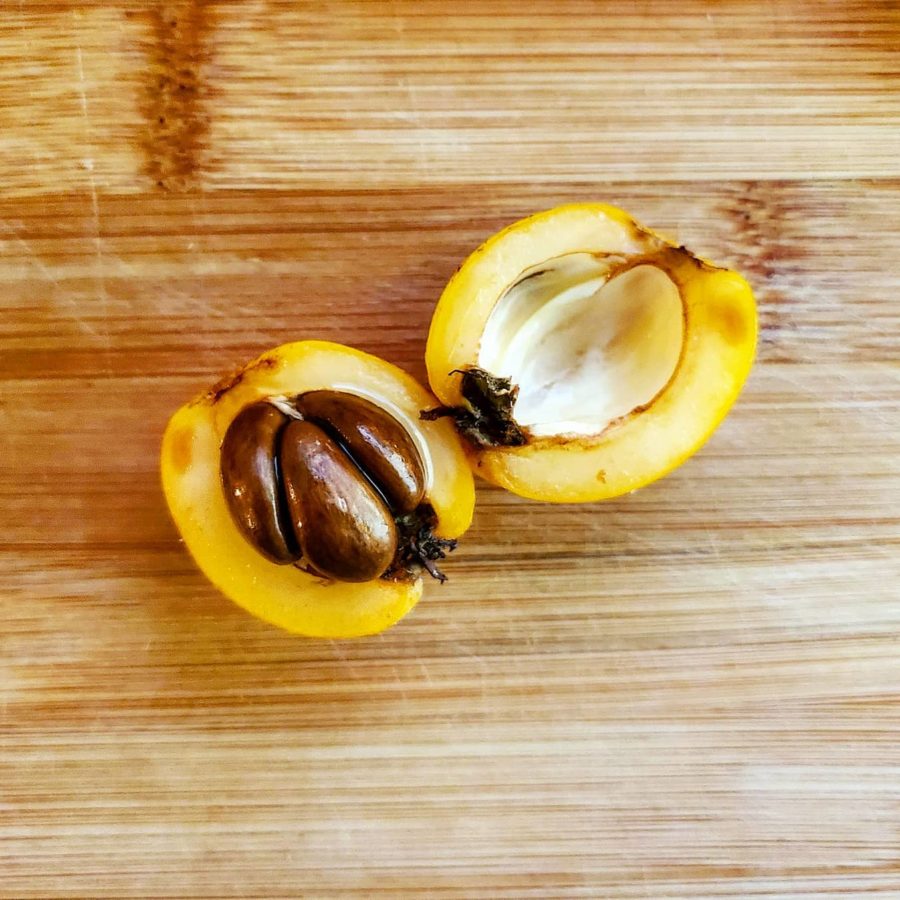 This dessert is dedicated to all 3 of my Julies!

Through pure coincidence in life, 3 of my closest friends just happened to be named Julie. I felt inspired 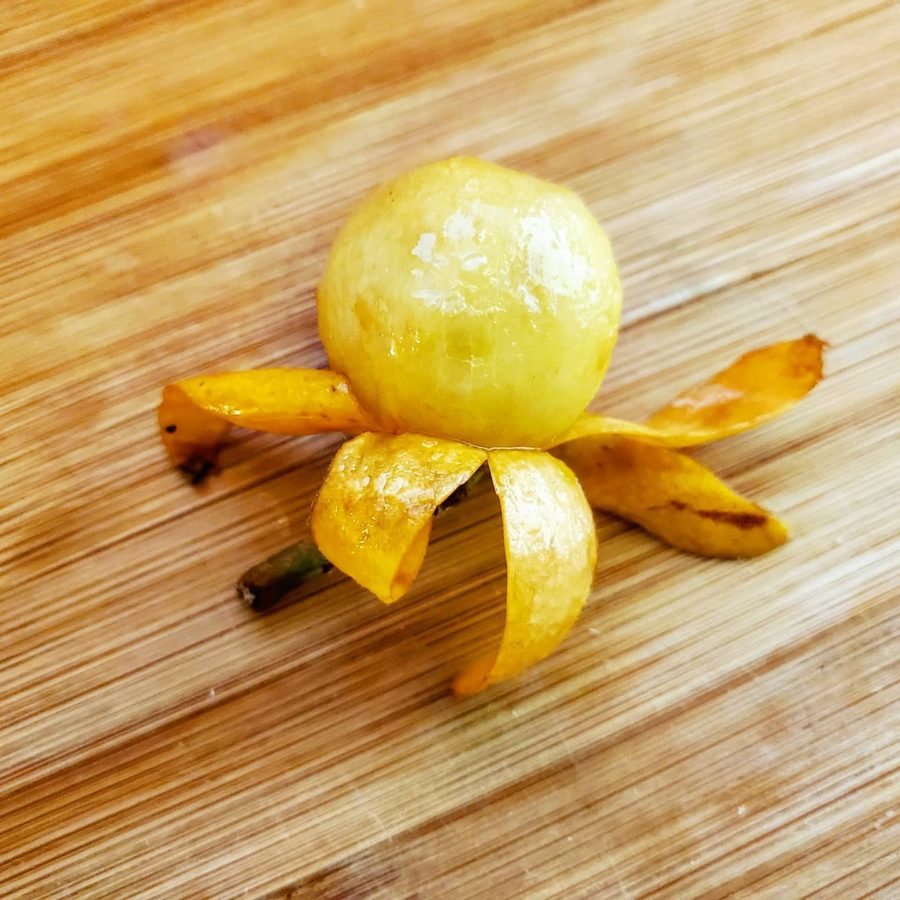 I made a simple quenelle of Blue Bell Homemade Vanilla ice-cream, topped with fresh sliced loquat (a gift from Julie Williams) and drizzled with a sauce made of maple syrup infused with a super spicy chili (gift from Julie Nguyen), lime zest, and served in a frozen stone bowl (gift from Julie Ramirez). 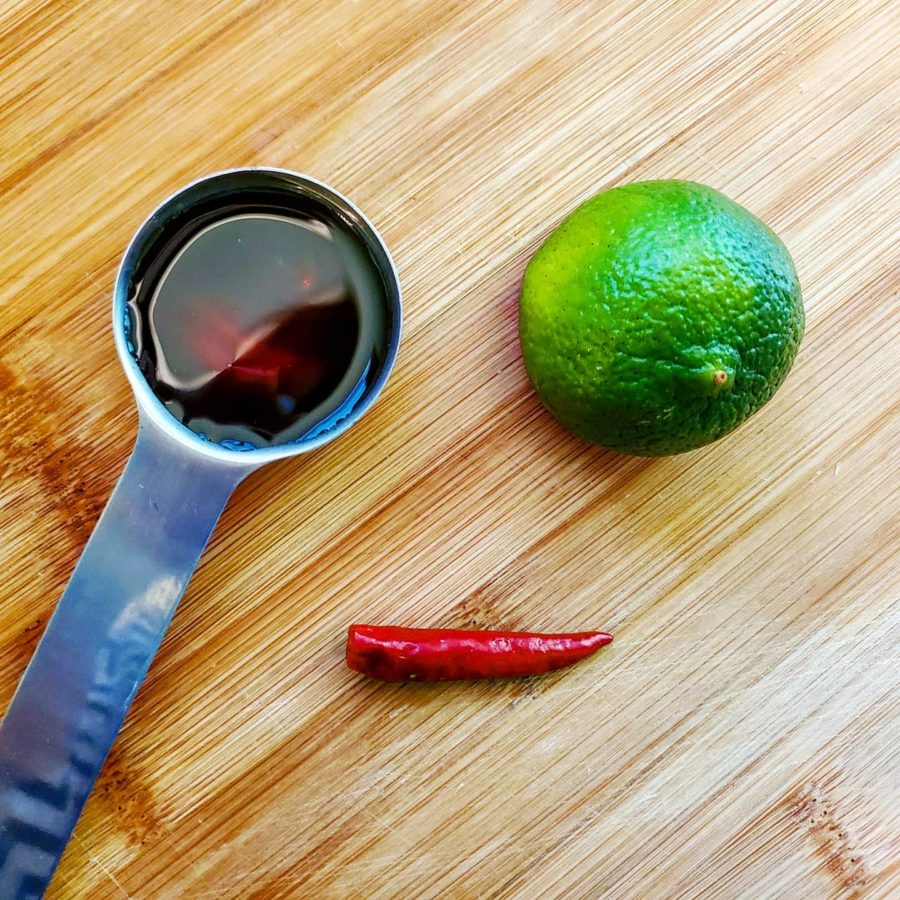 I definitely needed that ice-cream to offset the heat from the chili! 🥵